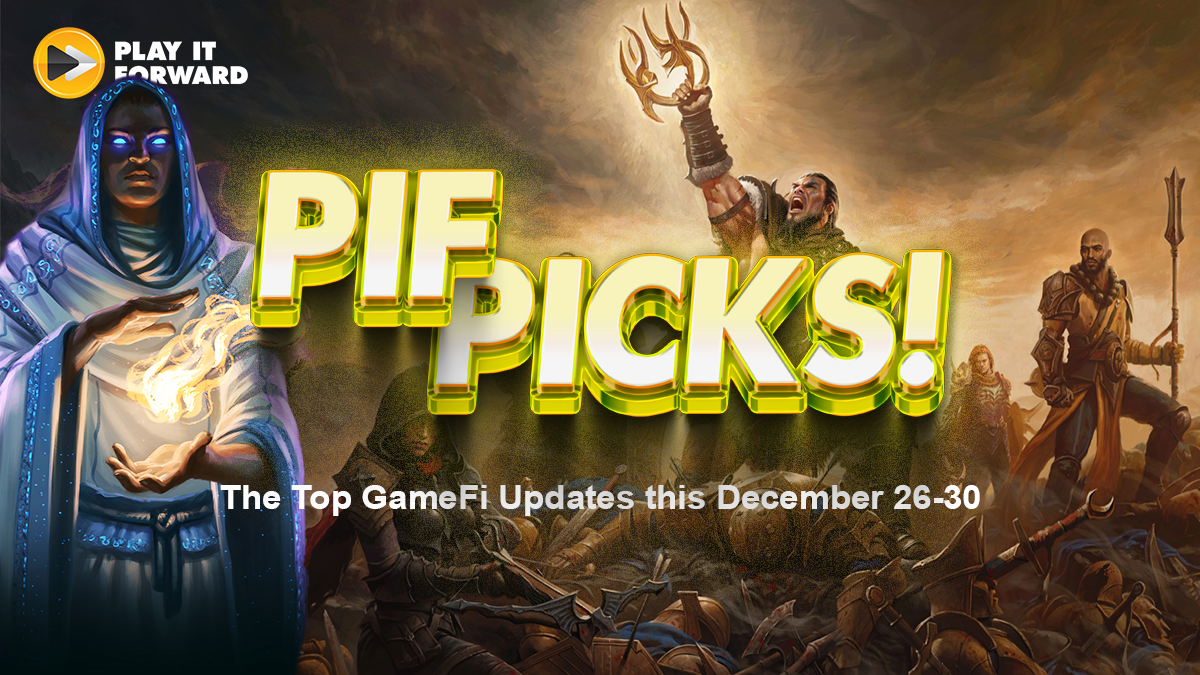 Welcome to PIF Picks, where we highlight the top updates in the world of GameFi. This week, we’ve got a lot of exciting news to share, so let’s get started! From December 26-30, 2022 there have been a number of notable updates in the GameFi space, including new game releases, updates to popular titles, and more. Here are some of the biggest stories that have caught our eye over the past week.

Square Enix and Gumi Team Up for Exciting New Blockchain

Square Enix and Gumi have partnered to bring blockchain technology to the gaming industry. The two companies will work together to develop and publish blockchain games and explore other potential applications of the technology in the gaming space.

The partnership marks a significant step forward in integrating blockchain technology into the gaming industry and will surely bring some exciting new developments in the near future. So get ready, gamers – the future of gaming is looking bright!

DeFi, NFT, and blockchain games have seen impressive growth this year as per DappRadar’s 2022 review

According to a recent review by DappRadar, the decentralized finance (DeFi), non-fungible token (NFT), and blockchain gaming industries have seen impressive growth this 2022.

DeFi saw a significant increase in user activity, with a 200% rise in total value locked compared to the previous year. The NFT market also experienced a surge in popularity, with the total sales volume reaching an all-time high. Meanwhile, blockchain gaming saw the release of several highly successful titles, with the industry recording a 90% increase in daily active users.

It’s clear that these three sectors are on the rise, and we can’t wait to see what the future holds for web3!

If you haven’t checked out Decentraland yet, now is the time! This virtual reality platform built on the Ethereum blockchain has seen impressive growth this year. According to a recent report, the platform has experienced a 300% increase in the number of unique users and a 700% increase in the amount of virtual land purchased.

In addition, the total value of NFT sales on the platform has reached an all-time high. These numbers demonstrate the increasing popularity of virtual reality and the potential for blockchain technology to revolutionize the industry.

A team of former Diablo Immortal developers has announced that they will be using the ImmutableX platform for their upcoming massively multiplayer online role-playing game (MMORPG). The game, which is being developed for the Web3 ecosystem, will allow players to own and trade in-game assets using non-fungible tokens (NFTs).

The use of ImmutableX, a decentralized exchange for NFTs, will allow for seamless trading and ownership of these assets. This is just one example of how blockchain technology is being used to revolutionize the gaming industry and create new opportunities for players.

Players will be able to purchase and trade the limited edition cards on the Gods Unchained marketplace. This is just one of the many exciting updates that the game has in store for its players this holiday season.