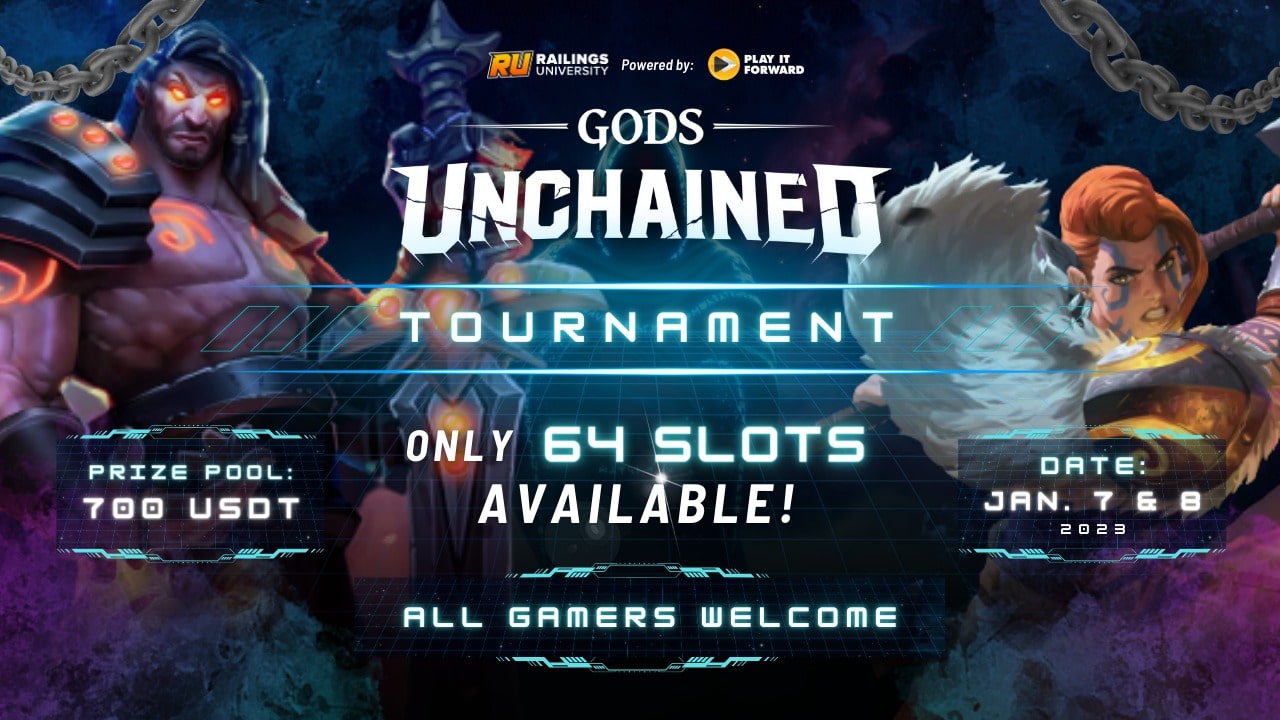 Mortals, assemble! It’s time to prove your worth as a true godslayer in the Gods Unchained Tournament in partnership with Play It Forward. This epic event is taking place on January 7-8, 2023 with a prize pool of 700 USDT. This is your chance to showcase your skills, strategy, and bravery in the face of powerful deities.

But be warned – only 64 worthy Mortals will be allowed to enter the fray. Hurry and secure your spot because the registration is on a first come first served basis across the Philippines and Indonesia! Click here to register for the tournament.

What is Gods Unchained?

Gods Unchained is a strategic card game that combines the thrill of collectible card games with the blockchain technology.

As a Mortal, you’ll collect and build decks of cards representing the gods, champions, and creatures. Then, it’s up to you to defeat your opponents and emerge victorious. Your goal is to reduce your opponent’s health to zero through clever tactics and a bit of luck.

This Gods Unchained Tournament isn’t just any ordinary match. Here you’ll compete against some of the most skilled Mortals for a share of the 700 USDT prize pool. If you think you have what it takes to rise to the top, don’t miss your chance to prove it.

Click here to register for the tournament. Don’t delay – there are only 64 slots available, and they’re sure to be claimed by the bravest Mortals out there!

Get ready to enter the fray and claim to be the ultimate godslayer. Don’t miss your chance to participate in the Gods Unchained Tournament in partnership with Play It Forward. We’ll see you on the battlefield!

Find out about our partnership with Gods Unchained here.