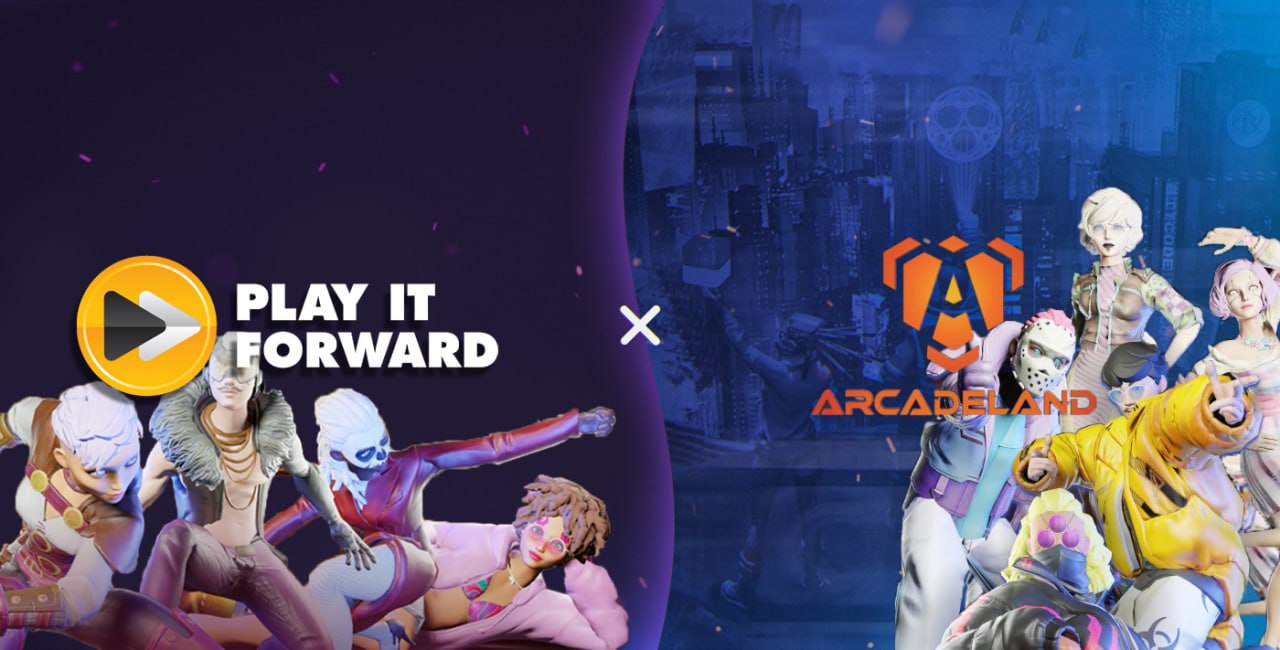 Over 3.2 billion gamers worldwide are always on the lookout for quality games worthy of their time and resources. The mission of Play It Forward is to cater to these players by adding more value to gaming than just being a source of entertainment.

Play It Forward aims to provide a plethora of career and earning opportunities through gaming. A key to achieving this goal is to partner with efficient platforms for billions of gamers, such as ArcadeLand.

ArcadeLand is a gaming ecosystem that propels the future of the web3 gaming industry. Here, gamers can discover and explore various play and earn games; developers can launch P2E game mods and revitalize their fanbase; and community members can earn from participating in the ecosystem.

The platform aims to make web3 gaming more accessible and safe through the following:

What is the partnership between Play It Forward and ArcadeLand all about?

The partnership between Play it Forward and ArcadeLand will allow more gamers to have the necessary connections and resources to play web3 games. Both platforms will work together to cooperate with other gaming and web3 projects.

Play It Forward and ArcadeLand will bring together our growing communities to improve access to web3 gaming through scholarships, tools, and more. Members of Railings University (PIF’s crypto gaming guild) and users of the Quests platform (PIF’s blockchain gaming job board) will be able to access ArcadeLand’s P2E library consisting of nearly 200 games.

ArcadeLand is building the Ultimate Gaming Metaverse. Its mission is to deliver the most rewarding experiences with the best selection of high-quality games and an ecosystem designed to serve gamers, developers, and the community to propel the future of gaming.

About Play It Forward

Play It Forward (PIF) is a consistently growing web3 gaming engine that shapes up multiple gamers’ potential. Our gaming ecosystem guides gamers wanting to level up on their web3 gaming careers.

With PIF, gamers can be involved in multiple earning opportunities in web3 like completing varieties of Quests in exchange for digital assets and/or cash prizes. Players can also become one of the 5000+ gaming scholars via Railings University crypto gaming guild or join our roster of KOLs/influencers.

We are aiming to enter more game partnerships on top of the 30+ partners that we have right now, and we are always willing to educate more gamers on how to gain financially in play to earn gaming.

Reach out to us on Discord and/or Telegram anytime 24/7.