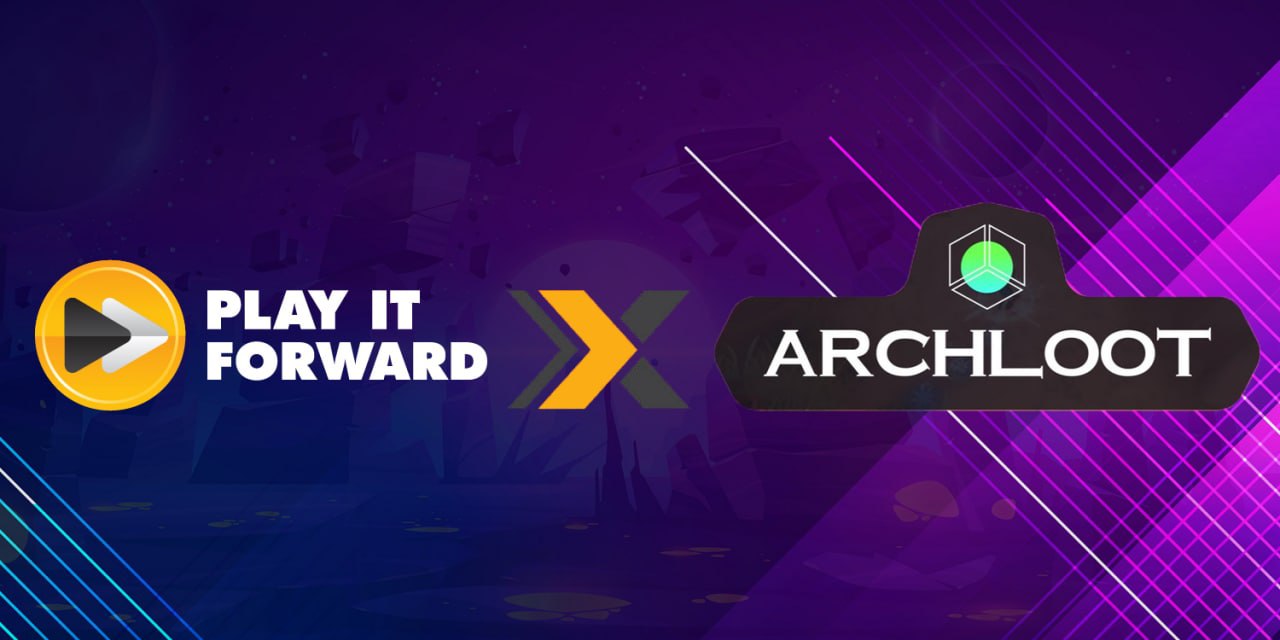 Play It Forward’s community of gamers is steadily growing so we are always on the lookout for promising games to partner with. Today, we are excited to announce that we have partnered with ArchLoot, the first interactive UGC-NFT game!

To play, players must assemble their monsters from several parts such as the head, torso, upper and lower limb, as well as accessories. These parts are all in the form of NFTs and are stretchable and scalable, allowing for customization and flexibility. Parts of monsters also come in four rarity levels: common, rare, epic, and legendary.

Players can upgrade their monster parts by consuming corresponding materials to improve attribute values or recombining monster parts to increase rarity. Monsters have special skills on top of their attributes. Three skills can be activated during battles.

Once players have assembled their monsters, they can either try free hunting mode or get a hunting license to receive rewards. Tasks in the game are also available including exploration tasks, quests, and gameplay-related tasks. The number and difficulty of tasks depend on the player’s level.

Players can also explore the map and fight with monsters to get resources. Eight daily dungeons are available for looting and three event dungeons are open on occasion. More dungeons with varying difficulty and resources will be launched in the future.

Tickets are required to explore dungeons, which are given to the monster-holding players daily or purchased from the store. Players can also enter PVP battles in various pre-existing maps to earn ranking points and season rewards after victory.

Aside from fighting monsters, players are also encouraged to grow their monsters and defend their tribesmen from invasion.

The game adopts a dual-token economic system, including an in-game gold and governance token.

The ArchLoot Governance Token (ALT) is the game’s multi-utility token that players can use to participate in community governance and voting. The token is also used to obtain access to content and other game benefits. ALT is also used to provide economic incentives to encourage users’ contribution and participation in the game.

ArchLoot also uses ArchLoot gold (ALG),w which is the unlimited commercial currency in the game. ALG is required in purchasing monster parts, items, and materials, as well as upgrades.

What is the partnership between Play It Forward and ArchLoot all about?

ArchLoot will also be able to use Play It Forward’s Quests platform to add Quests for players to complete in exchange for rewards. Such Quests can range from sign-ups, game testings, game reviews, app installations, and so on.

ArchLoot is a decentralized organization managed by talents from leading game publishers, blockchain projects, and financial elites. The team now has 40 experienced members across various continents. The project has been expanding its network of investors and collaborations to deliver milestone objectives.

About Play It Forward

Play It Forward DAO is the growth engine of web3 gaming that unlocks the full potential of gamers. We are building a gaming ecosystem to educate, empower, and onboard the next wave of gamers into web3.