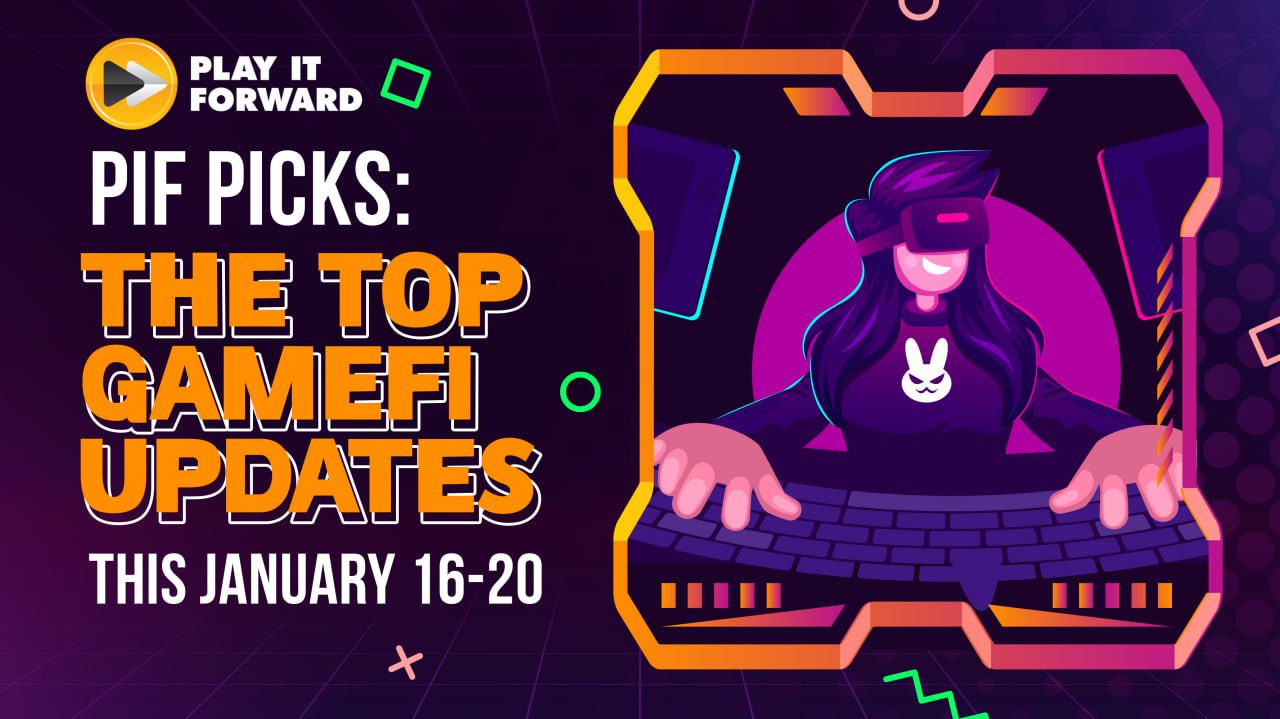 At PIF Picks, we keep you updated on the latest and greatest in the GameFi world. This week, from January 16th to the 20th, 2023, we’ve seen some major advancements and breakthroughs in the GameFi space. Here are a few highlights of the most exciting GameFi news that we’ve come across.

Yuga Labs, the creative minds behind Bored Ape Yatch Club (BAYC), is taking NFTs to a whole new level with their latest game, Dookey Dash. In order to participate, players must mint a “Sewer Pass” and then navigate the sewers after. The goal of the game is to claim as many NFT rewards as possible and record the highest score by Feb. 8, when the leaderboard freezes.

Prizes are yet to be announced, but Yuga Labs promises that they will “evolve throughout 2023.” This four-week experiment is just the beginning of a larger narrative experience, with more segments to come. So grab your Sewer Pass and let the dash begin!

Intella X, the web3 gaming platform backed by Polygon, just raised $12 million in funding from a group of investors including Animoca Brands, Magic Eden, and Pearl Abyss. Developed by South Korean gaming firm Neowiz in partnership with Polygon, the platform aims to remove high entry barriers and improve the user experience in web3 gaming through features such as streamlined meta transactions and wallet creation.

The rollout will also include Intella X’s NFT marketplace, proprietary web3 wallet, decentralized exchange, launchpad and some games. With an impressive roster of upcoming games including an MMO, a poker game and a slots game, as well as several projects featuring the IP from Cats and Soup, Intella X is set to shake up the web3 gaming industry.

ArchLoot Unveils Its 2023 Roadmap for a More Epic Gaming Experience

The team behind ArchLoot just unveiled their 2023 Roadmap and it’s packed with exciting developments! The roadmap shows a clear plan for the future, detailing the various phases of development, including team building, game development, fundraising, community building, and much more.

The Roadmap 2.0, updated on January 2023, includes new exciting features for the game, such as:

It’s worth noting that development is a fluid process and that the timeline assumes no major roadblocks to development. With this roadmap, the ArchLoot team is taking the gaming experience to the next level, and we can’t wait to see what the future holds for this exciting project. So, mark your calendars and get ready for an epic adventure with ArchLoot in 2023!

The team behind Avarik Saga just released their Dev Diary #1, the first edition of monthly updates on the game’s development. In this edition, the team takes a look back at 2022 and the lessons learned along the way, as well as the changes currently underway at Avarik Saga.

The update includes information on the progress of the mini-game, which serves as a test for the full game’s scalability, creativity, and balancing. The team also shares details on the partnerships with established game studios to develop the game, and how the funding from institutional investors is being used to create a high-quality game that will be scalable and follow the vision of Web 3.0 gaming.

Additionally, the update offers a sneak peek into the upcoming features and new additions to the game, such as the new art style, the in-game wallet and the PvP system reframe. The team also discussed the Community Governance piloting, where players can vote on the most wanted updates and community events.

The Avarik Saga Dev Diary #1 is a great opportunity to get an inside look at the game development process and what the future holds for Avarik Saga. With this monthly update, the team is keeping the community informed and engaged.